Ask us about effective promotional tools and market development methods. 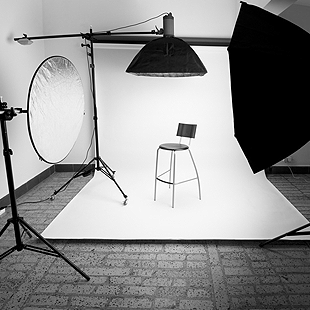 Like the old and popular proverb says: "A Picture is Worth than a Thousand words".. An picture can be understood by anyone, in the entire world. It's an universal language. If that's the case, how much is a video worth? Well, one minute is about 1.8 million words, if you do the math. And that's just one of the benefits of using film to advertise your business.

Recent studies show that videos will account for 69% of all internet traffic by 2017. That's huge. It means more consumers than ever before will be choosing videos over static web pages as a place to get news, information, and entertainment. And the interest in online video content is already staggering.

Video also gives you the chance to go deeper. Rather than just summing up your business in a snappy tagline, films give you the space to explain who you are and what you do in a way that grabs your audience's attention. Launching a new product? Make a video that demonstrates how it works. Marketingcharts.com found that 60% of consumers would be willing to spend two minutes watching a video on a product they plan to buy.
The same idea works for your services. Seeing your business in action will help viewers envision your company providing that service for them, making them more likely to buy into what you're offering. It's a chance to illustrate and educate that you just don't get with static advertising.. 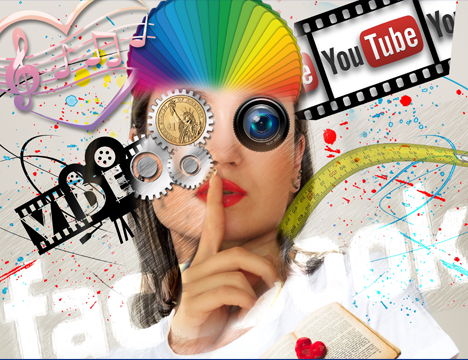 Video advertising, particularly online video content, is more effective and accessible than ever before and its impact is set to grow even stronger over the next few years.

The interest in online video content is already staggering. YouTube has one billion users, with 25 million in the CA watching YouTube. Second, only to Google, it's the most frequently used search engine and considering YouTube is owned by Google, search results generate a high volume of video content. This shows that Google rates video content as being as important as static web pages and images. And the more video content gets shared, the higher it will rank in search engine results.

But this rise in online video isn't just seen in YouTube statistics. Vine was only released to the public two years ago. Yet in that time, the video app has gained a staggering 40 million users who share an average of 20 million Vines on Twitter a day. It's popularity saw it claim the title of ' Fastest Growing App of 2013', marking an incredible appetite among consumers for online video content.

So, the potential for businesses that get on board the trend and use video as a means of advertising is enormous. YouTube and other social platforms offer an incredible scope of consumers. They offer the chance to reach new audiences, and more importantly, to maintain your old audiences as their consumption of video content increases.

Videos aren't confined to the same restrictions as print or digital advertising. With static ads, things like size and page location determine how successful the advert is. Yes, static ads can be successful, but people click into an online feature because they want to read the feature, not the advertisements that pop up along the top.

Video content is more distinctive. It offers a richer experience for consumers by educating, informing and entertaining; and when watched leaves a more lasting impression than a static ad. 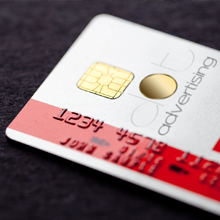 Something different than other cards. VIP cards, which are made of plastic. Why can't we get plastic business cards? " 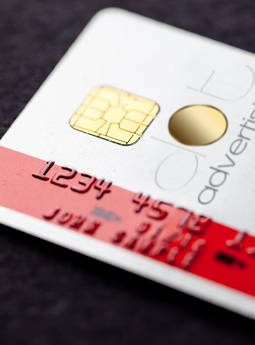 A PVC card is a plastic card composed of a graphic-quality version of a known as polyvinyl chloride (PVC). It is known for its durability, flexibility, and versatility. PVC cards are generally considered the best solution for producing ID or Business cards.

PVC cards can come in many different forms so that you can have the exact custom ID card solution that you need. This includes the size and the embedded features that your cards possess. Also, for those organizations that wish to be as green as possible, you can obtain PVC cards made of recycled materials. 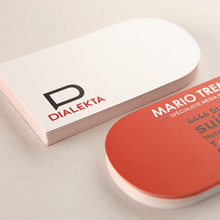 Want to trim your corners, have a round business card or even have that leaf shaped design in the shape of an actual leaf? We offers custom die cutting. 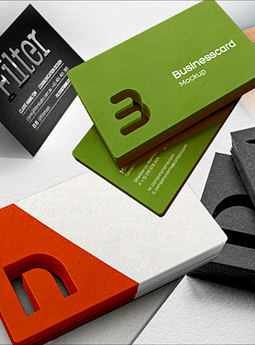 " A rectangular business card just doesn't fit with my circular design. How cool would it be to have a round business card. "

This is a great way to bring extra attention to your business cards.

Provides customization to the shape of your cards and makes it stand out. 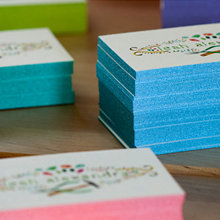 Color edges are the best additional feature to make your business cards stand out when they are printed on thicker stock. Choose any vibrant colors or painted metallic hues to give a finished eye-catching appeal to your brand! 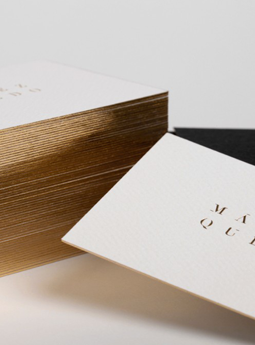 My business card is blue on both sides but the edge shows white... it feels incomplete...

This is commonly known as gilding and is accomplished using heat and gold foil. Here at dot advertising we simulate this process and call it Edge Coloring. It has also been referred to as faux gilding, edge tinting, edge painting or edge inking. With Edge Coloring we are not limited to gold, silver or metallic colors. Our craftsmen can apply any color from jet black to the lightest pastels. From white to glitters.

These finishes can be applied onto the edge of almost any sheet, card, pad or book. We even color the edges of acrylic which can give you a really funky looking invitation. 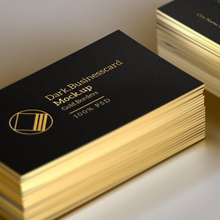 Want your business card to be more effective and reflective? Adding a touch of foil can do that. Did you know foil stamping comes in more colors than just silver and gold? 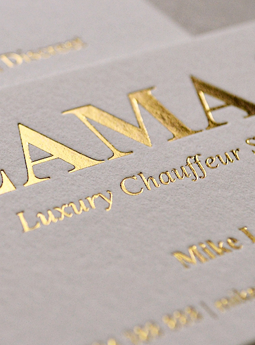 Most people are familiar with the gold or silver edges on the pages of fine books or bibles. This craft is known as gilding. True gilding is the application of a very thin film of gold or silver to an object to give it luster and brilliance

Today, we at dot Advertising, use gold or silver foils to embellish the edges of books, invitations, announcements, business cards, etc. Adding gilded edges to your printed piece not only embellishes it but ads value as well.

Along with several shades of lustrous golds and brilliant silvers your foil choices also include reds, greens, blues, and more. We also offer holographic foils which add that dimensional, shimmering, 3D look. Contact our customer service department today and let us help you create your next masterpiece. 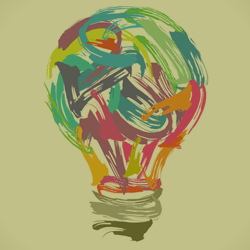 Marketers need to come up with brilliant concepts that not only catch their best targets' attention but also sell them on the product. Pro and follow a great idea is an unforgettable concept that depicts your imagination and puts your product (or yourself) on the map. 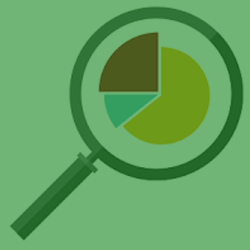 A market research strategy will help you avoid costly mistakes. For example, a M2M (machine-to-machine) wireless communications client of mine had spent over two and a half years and over $2 million in engineering to develop a “smart” intelligent wireless solution for the commercial lighting market. After launching and experiencing dismal annual sales, they were considering exiting the market. 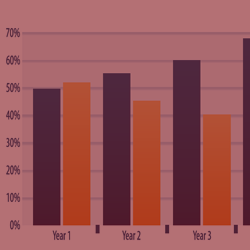 Be a believer in judging the quality of an ad by its success at selling the product. Always test the outcome of an ad, and if it isn't selling, make whatev­er changes are necessary to make it work. This holds true for print ads, banner ads, job applications, blog posts or whatev­er else it is you're putting out into the world. 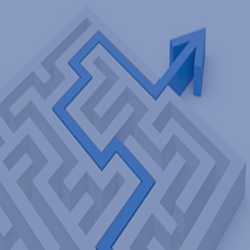 Advertising executives were not to be dabblers in the creative realm. They needed to hone their craft and develop programs to train the next generation of adver­tisers. Similarly, if you want to be successful at promoting something, through any medium, apply yourself to creating the best campaigns possible or you'll never achieve everything that's possible for you. 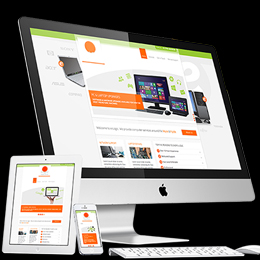 Why is web design important

It can be hard to understand exactly why businesses pay so much for web design work. After all, as long as you have a functional website, it can’t matter that much what it looks like, right?

Unfortunately, this simply isn’t the case. Web design is one of the most important aspects of your online presence. This doesn’t necessarily mean you need to pay an exorbitant amount of money for top-tier designers, but rather that you need to find a style of web design that works for your business.

Let’s just make something clear: first impressions do count. And even if you are not supposed to “judge a book by its cover,” sometimes it is unavoidable. That first impression when the consumer visits your site will define if they want to do business with you or not. If they can’t find what they are looking for right away or if your site keeps freezing up and taking a long time to load, your ‘potential’ consumer will move on. Perhaps to your top competition. Web design consists of much more than the look of the page, it encompasses the functionality and efficiency of the website’s navigation. 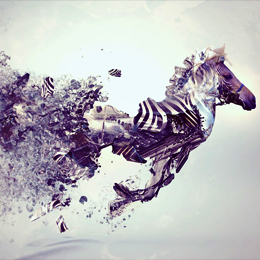 Any company needs a marketing suited to your own needs to grow.

Get Flyers, Folders, Business Cards, Promotional graphics projects and any kind of publishing, in a professional way, in order to carry to the customer everything he needs to know about your company/service and also why he needs it. 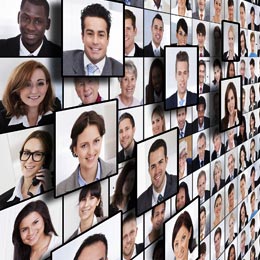 Did you know that social media marketing has a 100% higher lead-to-close rate than outbound marketing? Or that 84% of B2B marketers use social media in some form? No matter what you sell and who you sell it to, using social media as a marketing tool can help you grow your brand and pad your wallet.

At this point in the game, not having an active social media presence is kind of like pulling out a flip phone at a business meeting and then not understanding why your boss keeps giving Brad all the new accounts. But some people still own flip phones, and some people dig in their heels and say, what is social media marketing going to do for me? Do I really need it? Yes. Yes, for sure you do. 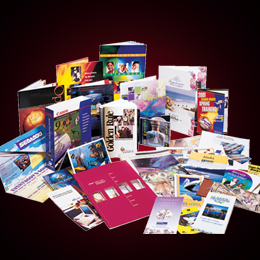 With over 30 years experience, we supporting our clients with personalized service at every stage from strategy through printing, including graphic design and display solutions.

We offer clients an impressive range of digital and large-format printing products. We will advise you on the best solutions to showcase your brand and products.